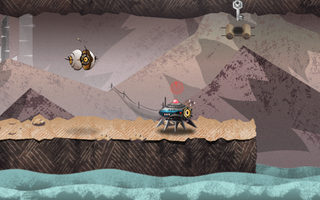 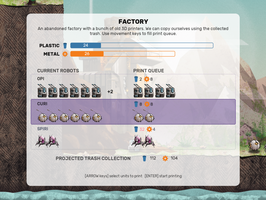 Thanks a lot for downloading our Alpha demo so many times! We've seen 4 cool review videos & did our own usual playtests and found that enemy lawn mower can be kinda tough. Bouncing on their heads now scares them for 10 seconds - so they won't hurt you for a while.

Also the ability to 3d print 3d printers with 3d printers is sure funny, but we found that new players don't really get it - so we let it go. It's just TRASH IN --> ROBOTS OUT, simple as that. This is a puzzle game, not Sid Meier's Terraforming Earth, after all, haha :)

Of course, the new version includes some balances and fixes and tweaks as usual.

Guide three quirky robots through infinite obstacles as you restore life on Earth.